Many parents think that family vacations in Florida mean spending blissful days at spectacular beaches or paying a pirate’s ransom for wild rides at Orlando’s colossal theme parks. Every year, millions of visitors follow that vision and have a grand old time. But locals say you don’t have to wear a black cap with mouse ears to find fun in the Sunshine State. In fact, there are many great family-friendly Florida marinas and destinations to explore!

Between the Atlantic and Gulf of Mexico’s blue waters are plenty of unique places that unleash kids’ imaginations and evoke laughter from all ages. For example, after watching Little Mermaid a thousand times at home, you can take your daughter to a city inhabited by living mermaids. Or picture the joyful face of a boy, whose room is covered with dinosaur paraphernalia, when he runs through a tropical forest filled with prehistoric creatures.

And you’ll relish the childlike smiles of teens who put away their cell phones to have a high-speed zipline race above a canopy of cypress trees.To show that Florida’s hidden gem destinations offer enchantment beyond the magic kingdom, here are 12 family-friendly florida marinas and destinations: 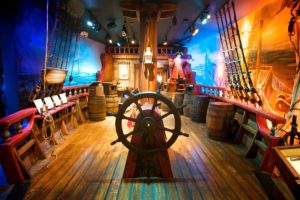 Calling all scallywags to step back in time 300 years to the glory days of rogues on the high seas. When you come aboard the replica pirate ship, you’re transported to Port Royal, Jamaica, in the 1700s and are surrounded by oodles of artifacts ranging from an 18th century blunderbuss cannon to Jack Sparrow’s sword. Interactive exhibits include a captain’s cabin, treasure chests and an execution dock with the world’s oldest wanted poster.

*Book your slip at these Snag-A-Slip marinas in St. Augustine, Florida:

On a barrier island on the Atlantic Coast, your future astronaut’s dreams of space ships and intergalactic travel come true. At this enormous facility, tours are organized into Mission Zones in chronological order from Mercury, Gemini, Shuttle and beyond. Meet past heroes of flight who reached for the stars, visit historic launch Kennedy Space Center Visitor Complex sites, walk among gigantic aircraft that de ed earth’s gravity, see exhibits about the race to the moon, strap in for a shuttle lift-off simulation and ponder what’s next in space exploration. 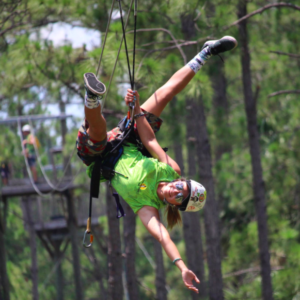 Push off a 70-foot high platform and you glide through the treetops at speeds of up to 30 miles per hour. The exhilarating bird’s-eye view offers a unique perspective of the nature preserve’s cypress, palms and wetlands. Seven different ziplines include Florida’s longest straightaway zipline racetrack, an on-track zip coaster and moonlight zip trips under the stars. The park also offers horseback riding, nature tours and camping.

Be sure to pack a camera when you visit Florida’s only drive-through safari filled with 900+ animals from alpacas and buffalo to wildebeests and zebras. Located near West Palm Beach, the park invites you to explore in your own car seven sections of grasslands and woodlands. When you’re ready to stroll about the menagerie of exotic creatures, you’ll find animal exhibits, a giraffe-feeding platform and a petting zoo. Other attractions include water slides, mini-golf, rides and more.

In the heart of downtown Miami awaits an 18-acre zoological park filled with exotic creatures from cockatoos and kangaroos to pink flamingos and ferocious felines. Young explorers wander through winding trails under the shade of lush tropical trees to discover rare animal exhibits and captivating shows. Pose for photos with parrots and primates, or enjoy hands-on time at the petting barn. A fantastic floating obstacle course lets kids cool down in the waves.

*Book your slip at these Snag-A-Slip marinas in Miami, Florida:

Whether your kids are stargazers or marine biologists, everyone will enjoy a trip to Miami’s bastion of science. The 250-seat planetarium unveils the mysteries of the heavens, while the three-level aquarium explores the region’s aquatic ecosystem. Other engaging exhibits investigate issues such as living in outer space without gravity, the story of flight from feathered creatures to rocket ships, and the complexities of vision in robots and humans. 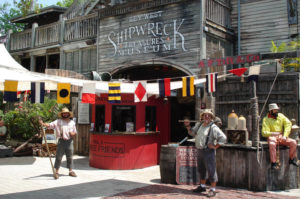 Learn about the recovered treasures of the sea!

In the 18th century, over 100 ships per day sailed through Key West’s treacherous waters, and about one vessel per week would smash on the Florida Reef. Scavenging for precious items among the wreckage became a key industry for island residents, and this one-of-a kind museum documents their maritime heritage. Actors and guides tell tales of wrecks and recovery in this tropical port. Guests examine nautical artifacts and survey the sea from a 65-foot watch tower.

*Book your slip at our Snag-A-Slip marina in Key West, Florida:

With about 275 different species of seashells, Sanibel is a mecca for beach combers scouring the low tides for Poseidon’s treasures. On this island is a delightful museum that celebrates mollusk mania. Its 30 permanent exhibits display world record sized specimens and the role shells play in history, art, religion, medicine and more. Kids will love the learning lab’s shell games, scavenger hunt, live tanks and other engaging activities. 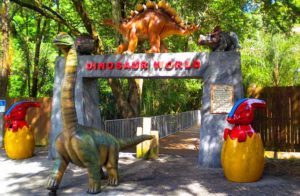 Can you spot all the dinosaurs?

This young paleontologist’s paradise presents a unique Jurassic experience with 150+ life-sized prehistoric creatures on display outdoors amid trails through plush tropical plants. Kids can climb on a stegosaurus or T-Rex for terrific photo ops. You can bring along a cooler or the dog to this central Florida attraction. Inside its dinosaur museum are fossils, dinosaur exhibits and science shows.

For all the children who love clicking together those little plastic blocks, this is a budding builder’s heaven. In the quaint town of Winter Haven, they go bananas over the 150-acre theme park assembling contraptions from millions of tiny bricks, seeing sculptures of LEGO master crafters and strolling around exhibits of the toy supersized. When they’re ready to rest their imagination, they can let off steam with roller coasters, rides, shows and water park activities.

Watch magic unfold in an enchanted spring that’s a city of live mermaids. Since 1947, audiences have descended into an underground auditorium to peer through glass walls at ladies with colorful tails performing underwater shows while swimming among tropical fish in coral reefs. Afterward, kids can ride kayaks, take a boat cruise or splash around Buccaneer Bay to hone their own mermaid maneuvers. 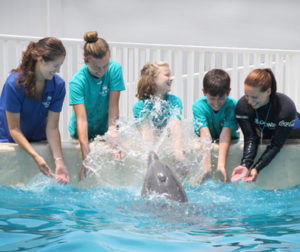 Learn about and interact with marine life at Gulf World!

Taking your children to swim with dolphins in the warm Gulf of Mexico waters creates memories your family will never forget. At this Panama City Beach wildlife sanctuary, you interact with marine mammals — dolphins, manatees and sea lions — in an upbeat educational environment. Additional activities include shark, stingray and turtle feedings, as well as presentations about coral reefs, waterfowl and other amazing aquatic creatures.

*Book your slip at these Snag-A-Slip marinas in Panama City Beach, Florida: