A warm congratulation to Harbor East Marina today! The Baltimore marina has officially completed its two-phase, multi-million dollar construction project. The renovations, which included replacing all floating docks, upgrading the electrical systems, adding IPE decking and dredging the Northwest corner of the marina, began in 2016. Today, Harbor East Marina is proudly operating at full capacity so snag a boat slip in Baltimore today!

“Harbor East has become known throughout the region as one of Baltimore’s most vibrant neighborhoods, featuring best-in-class design, contemporary amenities and renowned shops and restaurants,” stated Tim O’Donald, President of Harbor East Management Group. “It is only fitting that our marina reflect the quality and modernity of the development in order to provide boaters the same elevated experience we provide on land. Today, we are proud to announce that the new Harbor East Marina is not only the premier marina destination in Baltimore, but also one of the few truly elite properties on the east coast.”

The Harbor East Marina renovation was partially funded through two competitive grant programs for recreational boating facilities – the Federal Boating Infrastructure Grant Program (BIG) offered by US Fish & Wildlife Service and the Maryland State Waterway Improvement Fund (WIF) offered by Maryland Department of Natural Resources.  Representatives from Baltimore City and the Baltimore Development Corporation were integral in securing these grants for the project.  The funds were used to offset the design and construction costs for replacement of the docks and maintenance dredging at the marina; the $1.6M BIG plus the $900K WIF awards accounted for approximately 30% of the total cost of the project.

In order for the marina to remain operational through the summer seasons, the approximately two-year project was broken down into phases.  Phase one of the construction was completed in the spring of 2017 and included replacing eight of the existing floating docks with brand-new Ipe decking, wider piers and slips, enhanced shore power and a host of new amenities, including a 1,600 square foot, tented party pad for marina events and private gatherings.  Phase two of the construction began in the fall of 2017 and involved updating the remaining two docks as well as dredging on the northwest side of the marina.  The dredging project successfully increased the depth of the marina’s northwest section from two feet to seven feet, making the entire marina safely navigable for all visiting boaters.

“This is a big moment for all of the staff, vendors, and government partners involved in the redevelopment of the Harbor East Marina,” said Eric Bradley, Vice President of Operations, Oasis Marinas. “In order to remain competitive, it was critical that we update the marina in order to accommodate modern vessels as well as the growing demand for new, sophisticated amenities.  Everyone on the team worked hard and in concert to complete the project on time and on budget.  We look forward to welcoming boaters to the brand-new, best-in-class Harbor East Marina.”

Our boaters are already reporting in on their great experiences at the new Harbor East Marina! If you are planning a trip to Baltimore this summer, be sure to check out the new property. It’s amazing. 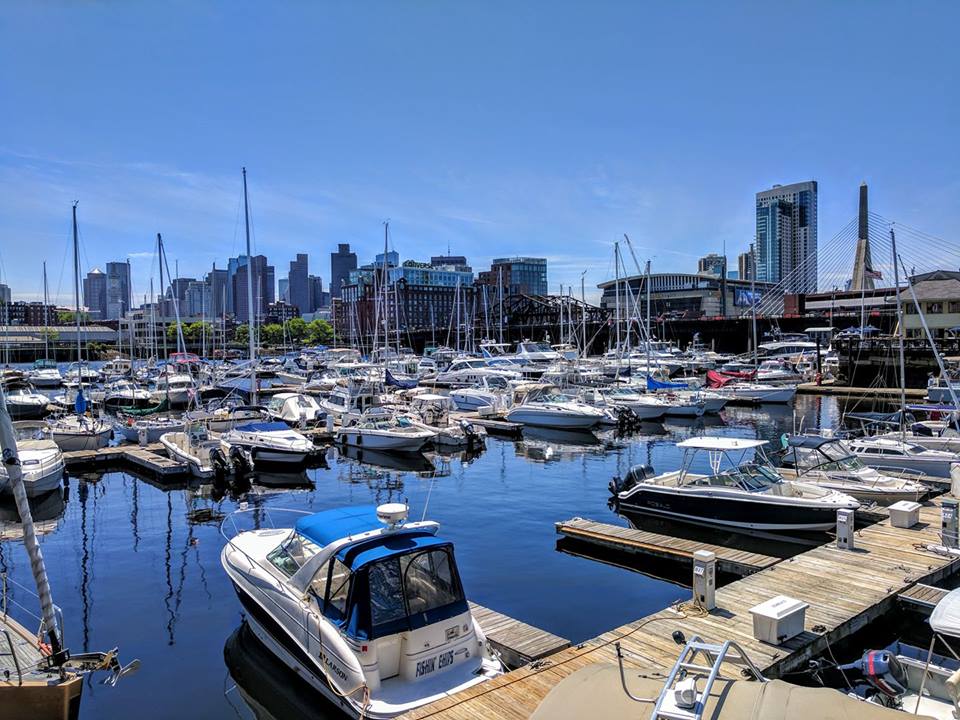 New Marinas Added in May!

New Marinas Added in May!