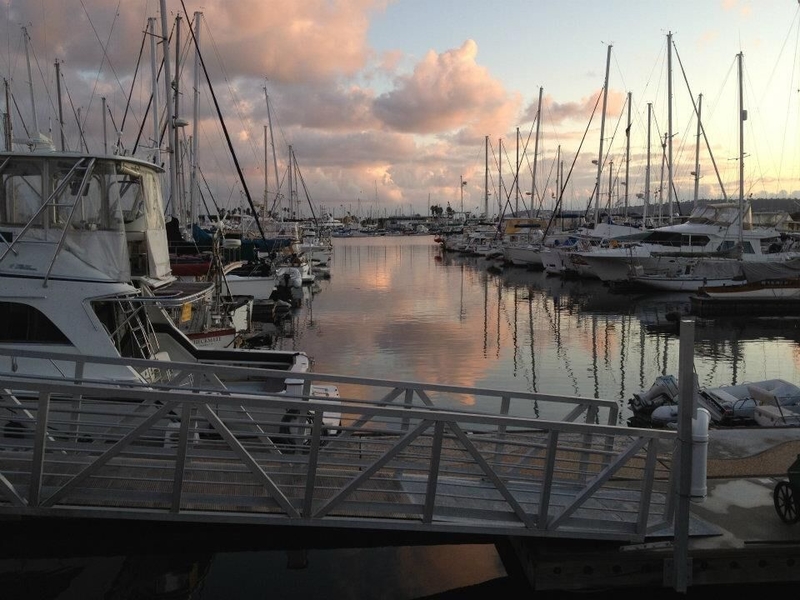 Sun Harbor Marina Panama City is a gorgeous facility situated on Floridas Gulf Coast in Saint Andrew Bay. Located in Panama City, Florida, this marina has a stunning backdrop to ensure that your stay is relaxing and tranquil. You will have access to fantastic amenities including a pristine showering and bath facility, as well as a laundry house to make sure that you and your clothes stay clean. Provisions are available onsite, perfect for stocking up your boat with the essentials needed for continuous cruising around the Gulf. A fuel dock stocked with gas and diesel is also available, so make sure your fill-up before heading out!

The Shipyard Grill is the tasty restaurant located at Sun Harbor Marina Panama City with fantastic food and a view of the marina that is to die for. Don't forget to grab a yummy cocktail down at the Tiki Bar, as the setting will truly make you feel like you're on island time. This is the perfect place for you to catch the sunsetting over the Bay to top off your night. Please note: for long-term or annual inquiries, you will need to get on the Waiting List directly with the marina.

Cancellation Policy: This Marina has a 24 hour cancellation policy. Please contact Snag-A-Slip or the marina at least 24 hours prior to your stay to receive a full refund.

This marina has a lot going for it, but there are a couple of big caveats. The approach and dockside depths were plenty deep enough for my keel. Transients are placed among the regular slips, not separated. The restrooms and showers are on the far side of the marina office - a bit of a hike, but not too far. The laundry is near the same spot, and has about 4 washers and 4 dryers. There is a bar/restaurant right on the docks that is pretty good, if a little quiet in the off-season, and has plenty of TVs for sports. The ship’s store is pretty basic. Mostly soft drinks and T-shirts.

There is a diesel fuel station and pump out station out at the dock closest to the channel, with easy access. Panama Beach City is an easy Uber or Lyft ride away.

Now the down-sides: there is a significant wake effect from passing ships that will bash your boat against the dock if you don’t use spring lines that will keep you at least 2-3 feet away from the dock, and plenty of dock lines to keep you away from the pylons. And when the boats go by, you’re going to get bounced around a lot.

Also, I came in at night. I sail solo and can generally dock pretty easily by myself. However, if one of the live-aboard residents hadn’t noticed me coming in and lent a hand, I would have had a pretty tough time getting tucked in (and would not have known about the wake effects.) The finger docks between every other slip are only about 15 feet long, and the rest is done with pylons.

Sun Harbor was/is Panama City's best! The approach is deep...mid-teens and very easy to see. The fuel dock is right in front. There is a great restaurant and tiki bar called the Shipyard. This is a great place to stop!!

We were very pleased with the staff and their willingness to assist. Their fuel prices were the best we could find in the area so we filled up. On site they also have the Shipyard Restaurant which was a very pleasant surprise. The food was great and prices were more than fair. We also found out that on some evenings they have entertainment.

This is the BEST marina in the Panama City, FL area. The staff is always happy to assist with anything you might need. The docks and facilities are well maintained and are constantly being improved and upgraded. Great prices on gas and very convenient approach. Protected location near the Hathaway Bridge. The Shipyard Grill is a great place to eat. The tiki bar is always busy and they have music several days each week. We love it here!

To book on Snag-A-Slip and earn rewards, explore these nearby partner marinas & private listings!
Marinas in Florida's Gulf Coast