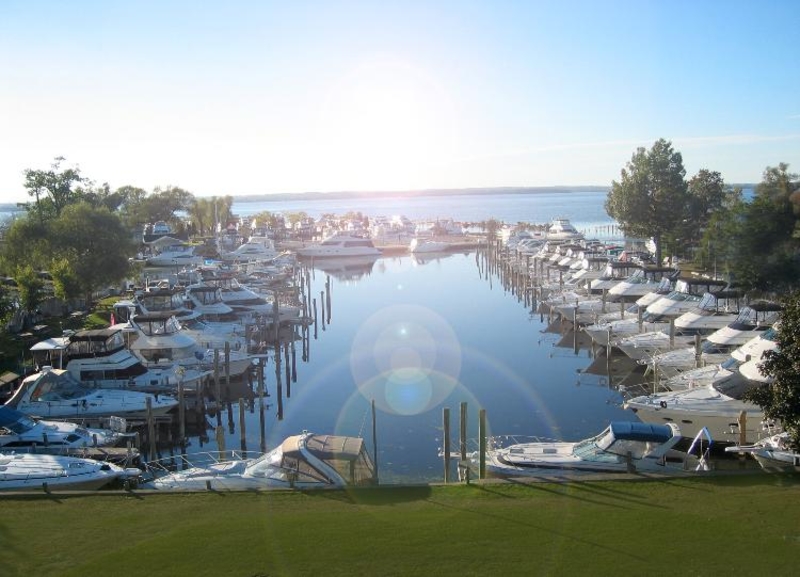 Krates Marina is located in Cook's Bay, which is on the scenic southern shore of Lake Simcoe, just a 40 minute drive from Toronto. Lake Simcoe lies between Lake Huron’s Georgian Bay and Lake Ontario.  Lake Simcoe is a great place to stop on the Trent-Severn Waterway. Fed by numerous small streams and joined by the Trent Canal, the lake is 278 square miles and drains northward toward the Severn River, also parts of the canal system and into the southeastern end of Georgian Bay.

The marina itself offers boaters and sailors everything they could want in a Summer getaway. Walk along the pristine waterfront and play in the beach areas, or lounge poolside near either of the two heated pools. There's also a hot tub and spa, beautiful gardens, beach volleyball courts and well-appointed washrooms and showers - all on-site and all available to guests.

Guests looking to explore the nearby area, won't be disappointed. Keswick is a charming,  historical town where travelers will find groceries, beer, retailers, restaurants and movie theaters. Last, but not least, Krates Marina has two launches for those traveling from Toronto or other nearby areas. There is also a full service gas dock and Ship's Store for those who need to fuel up and stock provisions and equipment.

Called them for service @ 930am.They advised they would get back to me that day via email. No email as of 3pm so called again. I was assured that they were looking into the service schedule and would email by the end of the day...Guess what...no email that day and this was Friday. Called them 915am on the following Monday. They seemed to have no record of me calling so I explained to them again. The service department then said well bring it in next Monday and they would look at it sometime that week..no specific date.
Told the girl that the Monday was Labour day and weren't they closed. They then said well bring it in on Tuesday....Would never recommend this dealer to anyone.
Found another Mercury Dealer ..Keswick Marine who took my boat 2 days later and repaired it in 4 days...That's Service!!

To book on Snag-A-Slip and earn rewards, explore these nearby partner marinas & private listings!
Marinas in Lake Simcoe