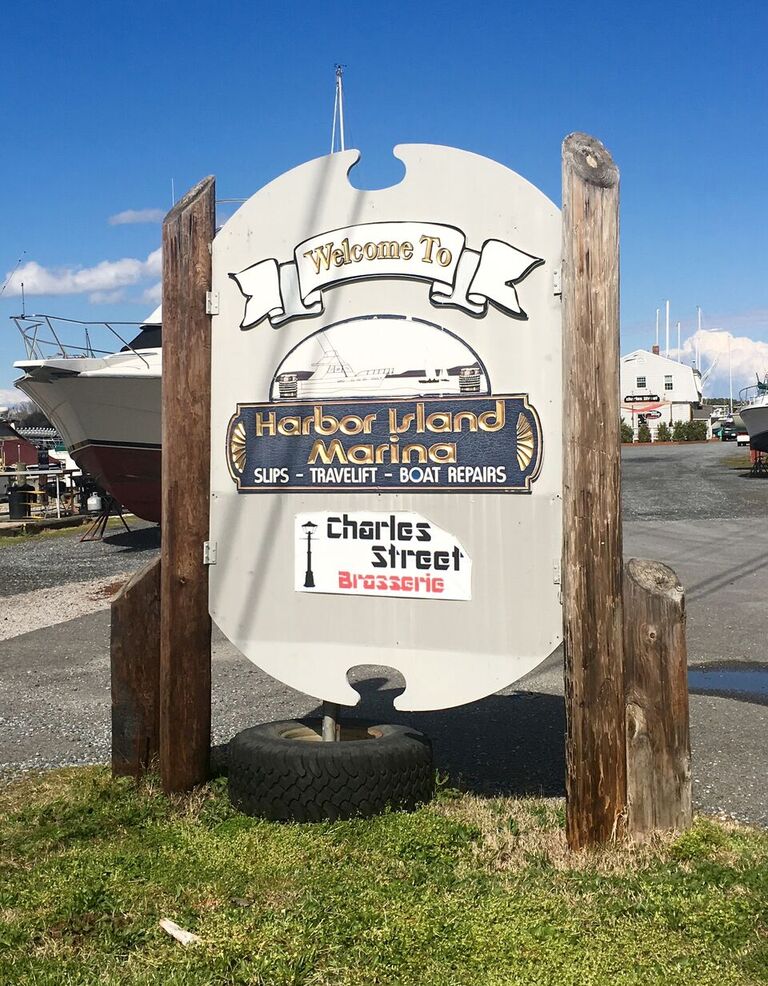 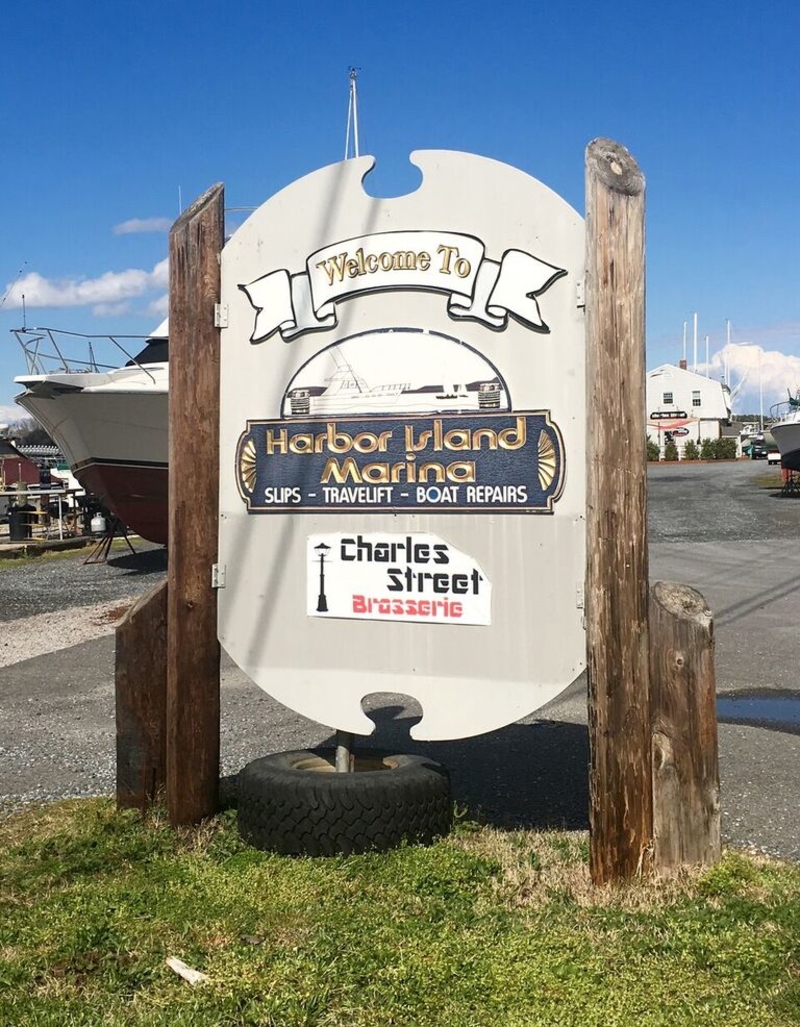 Harbor Island Marina on Solomons Island, Maryland is the perfect place for a weekend getaway. Located along the western shores of the Chesapeake Bay, this marina is a great place for fishing, cruising or even just lounging around the docks. With the Charles Street Brasserie Restaurant and night club on the property, you don't have to go far for great cuisine, upbeat music and delicious cocktails. There is an additional Tiki Bar just west of the marina for some additional nightlife fun! Clean showering facilities, a lounge, cable and WIFI are available to the boaters when you are in need of some downtime. There is even a gift shop filled with fun little knick knacks to remember your stay on the Island.

Among all the other great amenities and activities offered at Harbor Island Marina, it is also a full-service marina with haul-out capabilities. With boat repairs, bottom painting, engine maintenance, welding services and shrink wrapping available to its boaters, this marina has it all. Pump-out facilities and a fuel dock with available gas and diesel are conveniently situation on the property as well. Have a do-it yourself task in mind? Not to worry because the marina even has a designated space for you to complete those projects as well. The onsite Ships Store is stocked with all the goodies you'll need to keep your boat clean and humming.

Cancellation Policy: This marina has a 24-hour cancellation policy. Please contact Snag-A-Slip or the marina at least 24 hours prior to your stay to receive a full refund.

Check In/ Check Out Policy: This marina will allow check in anytime during the scheduled arrival. Check out is anytime before 1:00 pm.

Harbor Island Marina was an easy in and out marina. Lenny promptly return our call and helped us with the lines when docking. He also helped us find a knowledgable local mechanic for an issue we were having with our engine. The docks are not in great shape and the marina no longer sells fuel. The bathrooms are servicable but up a flight of steps and not air conditioned so they can be hot. Easy walking distance into town but the Charles Street Brasserie restaurant is right at the end of the dock and they serve fabulous food and drinks so no need to eat elsewhere. Calvert Marine Museum is definitely worth a visit and is about 1 mile walk from the marina.

I’m too new to the boating life to leave a high or low rating on this marina. There was a dock and we tied up to it. We had power and the community showers were clean but they were 110° when you got out of the shower you were already sweating. Lol

Snag-A-Slip reached out to the marina manager for further comment but did not hear back regarding this review.

Marina is very convenient. Brand new restrooms, the owner was there ro greet us when we got there. Very helpful. And the town is lovely.

It was a no frills, older marina without fuel and water hookup, but they had water to fill your tanks, no bathroom/shower, or laundry facilities. Pump out was convenient. It was within walking distance to restaurants, the museum and even West Marine. There is a restaurant at the marina, but we did not try them. It was a great place to stop for couple of nights along the way north. We would go back.

The owner was very nice and helped us get tied up. It was a great location.

Very small marina. Dock was dirty & a bit slimy. We tried hailing on the radio, channel 16 to no avail. Called & was told Lenny was just returning from taking someone to the grocery store. Lenny was helpful tying up the boat, but on the way to show me where the bathrooms & code to get in, he received a call he had to take. Then he left. I had to call him for the bathroom code. Another boater gave us the wifi password.

We purchased Harbor Island Marina in 1970, over 51 years ago, so some of the docks are old, but they are well maintained and safe. They are not dirty or slimy. Not sure what the reviewer meant by the 'slimy' description. We have three stationary VHF radios at the marina - one in the dock house, one in the marina office and one that can be heard throughout the marina boat yard. Rarely, we may not be within earshot of customer's hailing of the marina. Nowadays, more often than not, customers will call my cell phone in lieu of hailing. Prior to their arrival that day, I had been talking with 'Happenstance' via my cell phone and had been unaware of their hailing on the radio. Upon their arrival, when 'Happenstance' was told that I was 'taking someone to the grocery store', I was returning from taking another transient customer to the grocery store that had arrived earlier that day. I often go out of my way to accommodate transient customer's needs. The customer had not provided their ETA information in their reservation request, so I did not know what time of the day that 'Happenstance' was due to arrive at our facility. Shortly after Happenstance was fully docked, tied and secure, I went to their boat to provide them with the marina bath code and WIFI password, but they were not on board their boat at that time. I knew that they could call me on my cell phone, if they wanted that information.

From a Transient Boater’s perspective this can barely fit the term marina. It appears to be a part of a working boatyard with project boats and live-aboards filling many of the slips. However, there is a long face dock with room for two or three transient boats in conjunction with the fuel and pump out facilities. At the time of our stay they were not selling fuel and we did not use the pump out. This is an aging fixed dock so lower your expectations. That said, there are a number of positives here. It is super easy to get in and out of with a side tie to boot. It is literally the first marina in the harbor. Charles Street Brasserie restaurant is right at the end of the dock. It is a worthy dining experience. Next door is the University of Maryland Center for Environmental Science and across the street is the popular Tiki Bar. To sum it up this is a pretty pedestrian marina in a great location.

Friendly staff. All functioning well, although a somewhat “tired” marina. A decent meal at the restaurant made up for a good stay.

Easy access and friendly service. They had everything we needed. The crab cakes from the restaurant were excellent. The sunset was stunning. Thank you very much!

Did not need the slip after all, but staff is very responsive and helpful.

Good protection, easy in and out of the bay. Stopped for the night. Unlike some other reviews, Lenny was accommodating, both after answering the phone and being there when we arrived. Fuel dock was under renovation and expected to be complete soon. Bath/showers adequate but needs updating. The restaurant on site was great! Overall, not bad.

Used Snag-A- Slip and had confirmation. Upon arrival no one at dock and had to go somewhere else. Harbor master had family emergency and other staff was off. No one answered ch 16 or phone number when called.

I had a family medical emergency earlier on the same day of the Snag-A-Slip customer's reservation and so, I had to leave the marina unattended for a couple of hours. The dock master to be on duty that day, asked me the previous day, if he could have the next day off - the same day as the customer's reservation. I gave him permission to take the day off. I believed that I would be available to attend to the dock. I did not know the ETA (arrival time) for the dockage customer, but there was plenty of space available on the docks. So, I did not have the dock covered when he arrived. I assumed that the customer would tie his boat on the main dock or somewhere and stay until someone showed to give slip assignment.

When I arrived at the marina shortly thereafter, I called and apologized and explained the situation to him. Of course, I gladly authorized Snag-A-Slip to refund the customer's money.

Stopped for diesel. Pump was easy to access and the price was good. Dockmaster provided lots of history and useful information on the island. 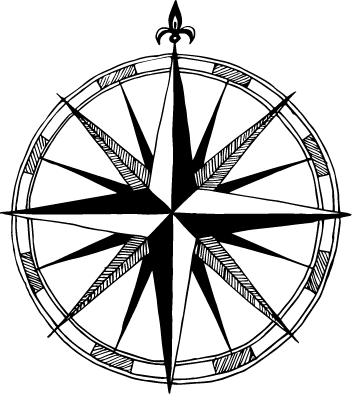 It appears the marina does not have availability for your vessel.

Please see some tips and additional options below:

If you still need assistance, contact us at hello...snagaslip...com or use the chat bubble to the right. The Snag-A-Slip team is standing by to help!