6 Waterfront Towns to Visit for Their Microbreweries 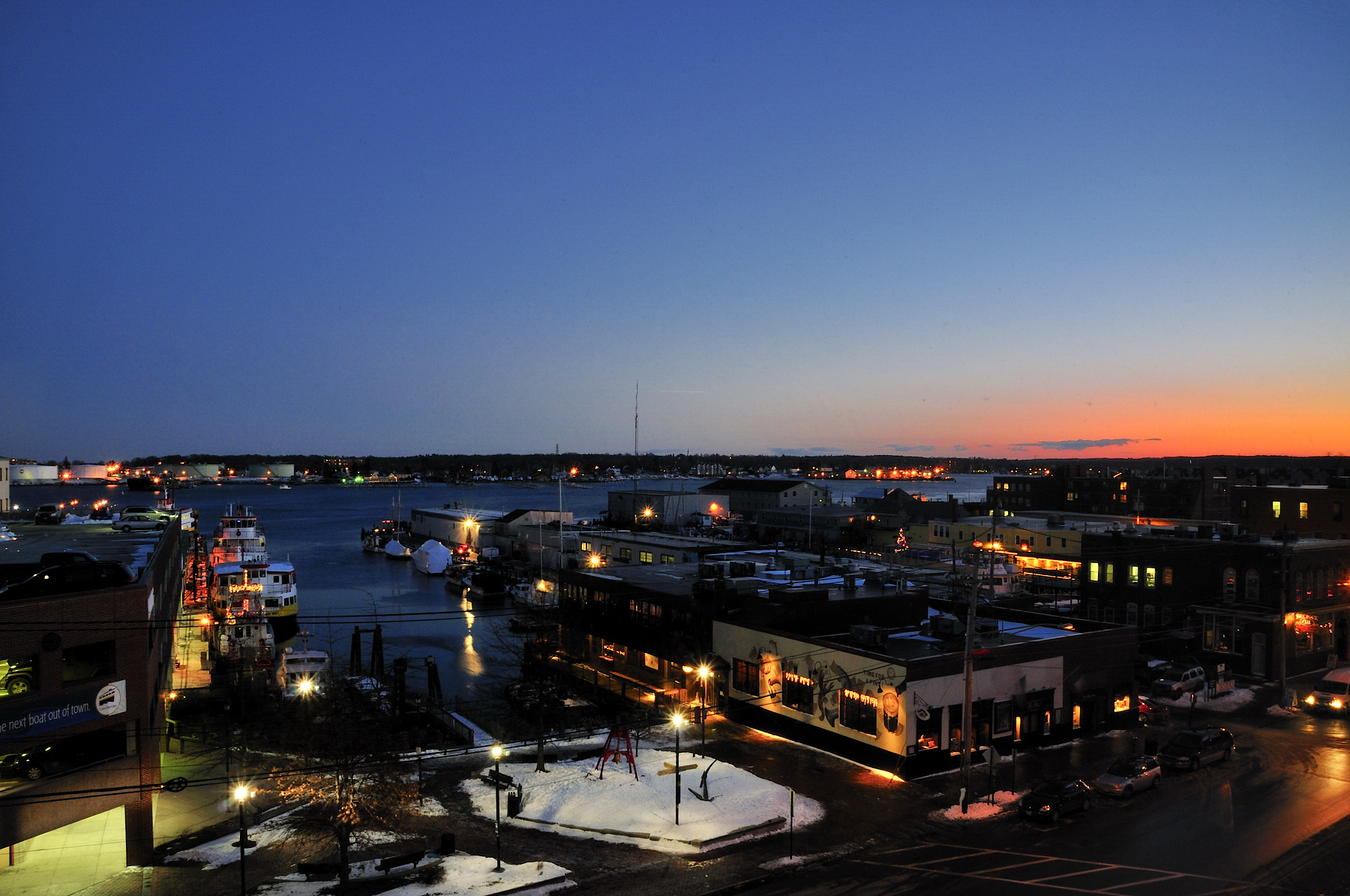 With many pleasure boaters planning trips around interests like golf courses, gourmet restaurants and dazzling fall foliage, is it so far-fetched that, for some, craft brews and breweries can be a destination unto themselves? Not in my book. Here are my 6 best boating destinations to add to your personal “booze cruise” itinerary. Just remember, enjoy responsibly. 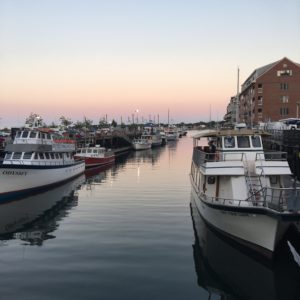 Growing up in New England, I will argue for the prestige of all things Northeast, especially its craft beer scene. Already known for its classic New England water-town feel and fresh-as it-gets seafood, Portland is making a case as a “must” for traveling libationists. Its D.L. Geary Brewing was founded in 1983, when there were only a handful of microbreweries in the U.S. Since that time, 13 microbreweries have joined the local ranks. Take a tour and have a pint at Allagash Brewing Company, which favors a Belgian style, or venture into Portland’s historic Old Port and visit Shipyard Brewing. Rising Tide Brewing Company in the East Bayside neighborhood produces Daymark American Pale Ale, named one of the “Great Beers You’ve Never Heard Of ” by Men’s Journal. For all things New England, from the clam chowder to the IPAs, Portland, Maine is the destination.

Where to dock
South Port Marine 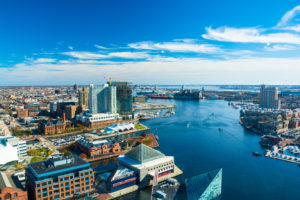 The legacy of beer in Baltimore is nearly unrivaled compared to other cities along the East Coast and Mid-Atlantic. With an industrial history and home for the blue collar worker, Baltimore has always catered to the working person. Many of the microbreweries here reflect that history and character in their names — Union Craft Brewing, Heavy Seas Brewery, Monument City — and manifest the idea that first you work hard, then play hard. An epicenter for German immigration and industrial activity, Baltimore at one point housed over 100 breweries within its city limits. Full Tilt Brewing has the mouth-watering Berger Cookie Chocolate Stout and their classic Baltimore Pale Ale. (It’s website asks: “Why do something half-assed when you can go Full Tilt?”) Stillwater Artisanal seems to agree, offering bold creations like Rauchstar Scandinavian Smoked Ale, Classique Postmodern Beer and Gose Gone Wild Sour Wheat Ale. I also cannot forget to mention my old stomping grounds, Peabody Heights Brewery. Housing the brewing activity for nine different local brewers, this neighborhood spot holds the keys for all great local beer within Charm City. 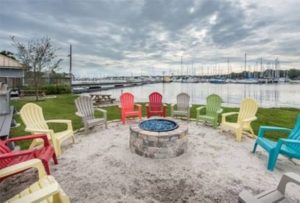 Ideally positioned at the confluence of the St. Johns River, the Intracoastal Waterway and the Atlantic Ocean, with 22 miles of white-sand beaches, Jacksonville is already a boater’s dream come true. So, what if I told you there was also this thing called the Jax Ale Trail? Bingo! Pick up your “brewery passport” at any of the participating locations and win either a koozie or a t-shirt by getting stamps at four or all eight of the designated stops. Breweries include Aardwolf Brewing Company, Bold City Brewery, Engine 15 Brewing Co., Green Room Brewing, Intuition Ale Works, Pinglehead Brewing Company, and Veterans United Craft Brewery. Visit the local Budweiser Brewery, one of only five in the country, for extra credit. To ahve the opportunity to visit Jacksonville and discover an incredible craft beer scene truly opened my eyes to the burgeoning microbrewery scene in Florida.

Our nation’s capital is an often overlooked boating destination; however, the cruise up the Potomac River is just as serene as its Chesapeake Bay counterpart. With monuments to visit, museums galore, and a plethora of breweries, Washington DC is a cruising destination for friends and family alike. Right in Navy Yard, you can visit Blue Jacket Brewery where their consistently rotating beer list allows for a new experience with every visit. Doubling as a restaurant, this brewery/tasting room offers some of the finest sours to IPAs in the Mid-Atlantic region. Beyond Blue Jacket there is Atlas Brew Works, Port City, DC Brau, and Right Proper all with specialized beers particular to their name. With breweries in DC also comes the many beer halls that populate the cities streets. A personal favorite is Dacha Beer Garden on 7th Street, where their outdoor sitting is some of DC’s best in the summertime.

Where to dock
The Yards Marina

The Big Easy is a city bursting at the seams with heat and flavor, and a cold brew here goes down effortlessly, almost magically. The largest, and arguably best, homegrown label is Abita. Abita Brew Pub lets you sample draught versions of all its offerings — Amber, Turbodog, Jockamo IPA, Purple Haze and more — as well as select seasonal batches. Other breweries are up and coming after the town’s long tradition of beer brewing almost died out after Prohibition. Covington Brewhouse specializes in Bavarian styles. NOLA Brewing Company offers a selection of lagers and ales. Crescent City Brewhouse is the sole French Quarter microbrewery. 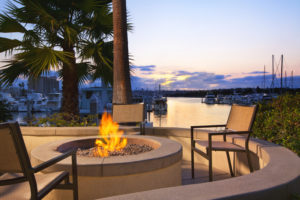 If you like your India Pale Ales (IPAs), and I do, then this Southern California hop spot is for you. San Diego boasts more than 50 breweries, and has been a haven for grog guzzlers since Prohibition, thanks to its proximity to Tijuana, Mexico, where booze was legal. These days, it has its own style of beer — the San Diego Pale Ale; a local twist on the IPA — as well as some great Belgians. You can get your drink on at nautical-sounding places like 32 North Brewing Co., Ballast Point Brewing, and Green Flash Brewing. Brewery Tours of San Diego offers daily excursions showcasing some of the award-winning beers produced locally.

Are we missing any waterfront towns to visit for their beer? Leave your comments below!

Originally from Connecticut, Matt’s last name is Bee and he is in fact a professional beekeeper, which he claims is a total coincidence. Even so, bees have a hard time paying the rent for their hives, so to pay his bills, Matt also works on Snag-A-Slip’s marketing team.