Boating in the South – Savannah, Georgia 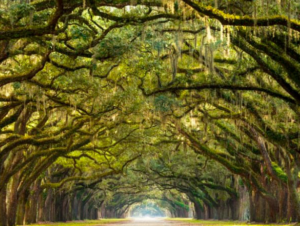 The Georgia Coast is the western-most point on the Eastern seaboard and one of the last remaining stretches of pristine marshlands and estuaries left in the U.S. Boating in the South to Savannah, Georgia will put you right in the heart of Southern charm. Streets lined with Southern Live Oaks (Quercus virginana) draped with Spanish Moss, elegant homes dating back to the days of General Oglethorpe, the city’s founder, and situated in a county with over 650 miles of waterways, there’s something for everyone.

Outdoor activities such as kayaking miles of beautiful untouched marshes that line the barrier islands alive with dolphin, great blue heron, bald eagles, snowy egrets, nesting osprey and pelicans. Hire one of the area’s many charter captains and spend a morning with lines in the water fishing for species such as flounder, spot-tailed bass and speckled sea trout. You can also utilize one of the area’s many fishing piers.

Foodies will be thrilled with the plethora of great restaurants offering nearly any cuisine from traditional low-country favorites such as shrimp and grits or fried green tomatoes to Japanese fusion, authentic Italian to vegan, and everything in between. Whatever you have a hankering for, you’ll find it in Savannah. 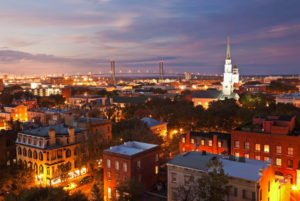 Savannah has an active and eclectic nightlife. Visit the must-see visitor favorites such as live music outdoors in City Market or the many bars and clubs on the famous River Street. Or for a more local flavor, hang out with the locals and yacht crews at Tubby’s Tank House in the nearby village of Thunderbolt or at Doc’s Bar on Tybee Island. There is no end to your choices.

If you enjoy stepping back in time, there are several historical forts nearby including Fort Pulaski National Monument and Old Fort Jackson, both with live cannon firings and frequent re-enactments. You’ll also find multiple Revolutionary and Civil War markers throughout the area, and the tabby ruin at Wormsloe Plantation is the oldest standing structure in Savannah.

Soak up the sun on Tybee Island, only 20 minutes from downtown and known as Savannah’s Beach. Explore nearby barrier islands, roam the eerily beautiful Bonaventure Cemetery or take a trolley tour through the historic district with unlimited on-off stops. Savannah also boasts a number of museums, including the beautiful Ships of the Sea museum and the Telfair museum, as well as countless galleries and shops.

Savannah has so much to offer, and you won’t find friendlier people anywhere on Earth. Y’all come on down and visit a spell. You won’t be disappointed.

An aerial view of the Westin Savannah